As many of you know, the Bald Eagle is the National bird of the United States.  They are majestic, and beautiful.  They are considered a "threatened species" as opposed to endangered.  Still, they are not the most common bird to see, and we should do all we can to protect them.

I took picture above I believe in 2015, when I attended my first ever Salute to America event at our Capitol.  This was the first time I saw one up close.  Not gonna lie, I was in awe of its beauty.  The bald eagle is a bird that feeds mainly on fish and on occasion, if you are lucky, you can see one flying around our state.  Thankfully one of our Missouri State Highway Patrol officers came across one, and saved him. 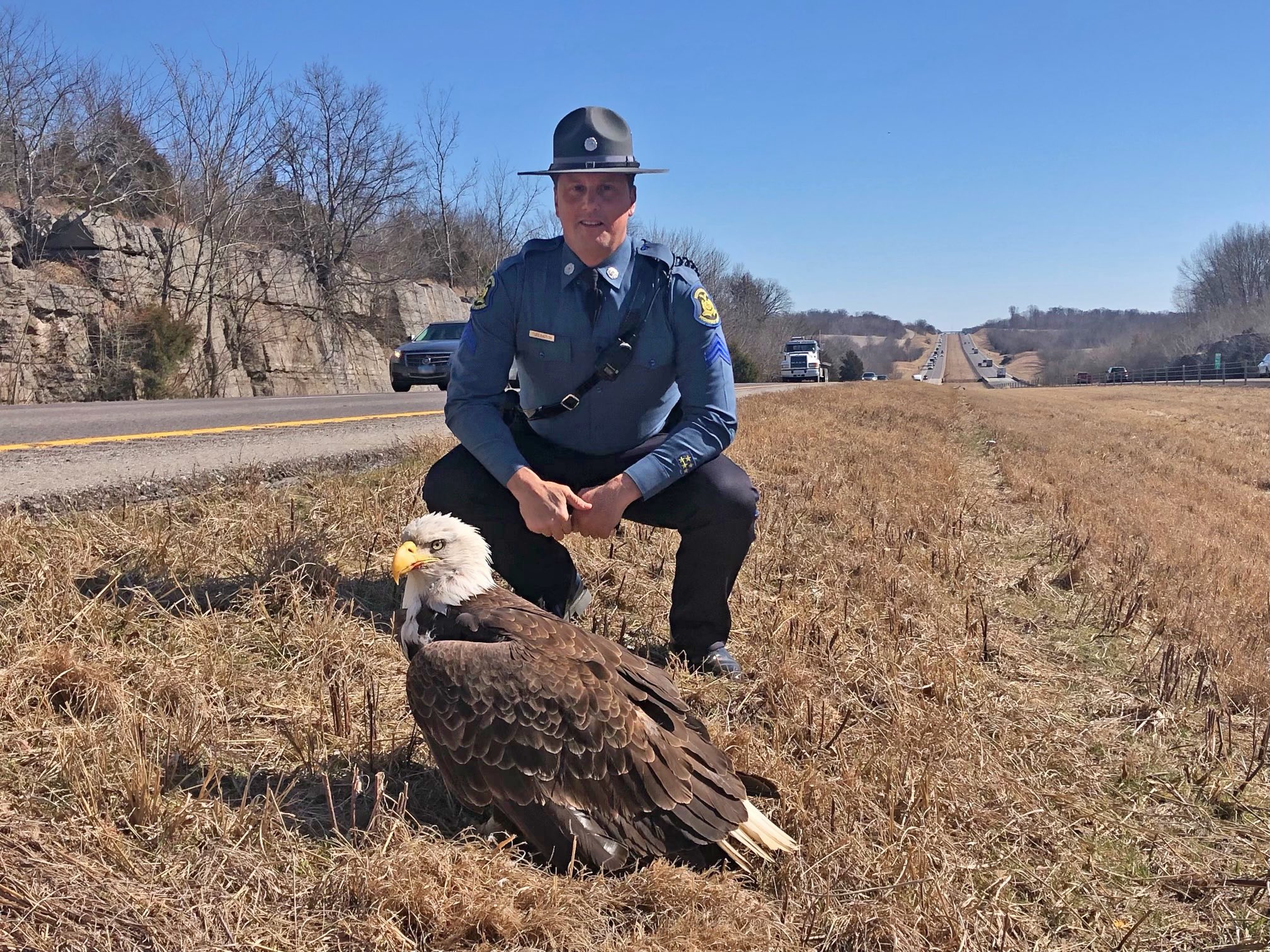 You can get the link to this story HERE but basically in Cape Girardeau MO, one of our first responders came across one who had been hit by a car. Not sure how you miss seeing a bald eagle, but I digress.    They contacted the Missouri Department of Conservation and they came and got the eagle and the bird is expected to make a full recovery.

I have been told that the Lake of the Ozarks, they are not that unusual of an occurrence.  When I was working for a station in Mexico Missouri, there was one that was seen in a small pond nearby.  Since the weather is improving and warmer temperatures are coming, keep an eye out for them.  Try to avoid hitting them with your car.

LOOK: Stunning animal photos from around the world

From grazing Tibetan antelope to migrating monarch butterflies, these 50 photos of wildlife around the world capture the staggering grace of the animal kingdom. The forthcoming gallery runs sequentially from air to land to water, and focuses on birds, land mammals, aquatic life, and insects as they work in pairs or groups, or sometimes all on their own.